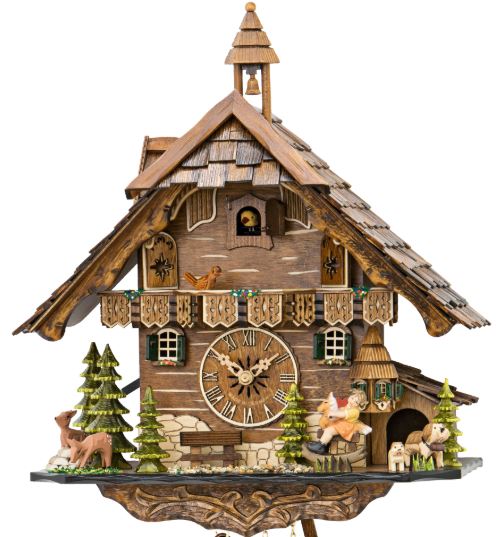 Cuckoo Clock Identification: How to Identify the Maker of a Cuckoo Clock

The Black Forest region in Germany is home to a number of legends and fairy tales you'll remember from your childhood. This is where the tale of Hansel and Gretel came from. But more than fairy tales, the Black Forest is also responsible for the birth and evolution of the cuckoo clock.

Craftsmen have been creating gorgeous, authentic cuckoo clocks in the Black Forest since the 1600s. Cuckoo clocks are so well ingrained into not only German culture, but popular culture around the world. We all know about cuckoo clocks, and they hold a nostalgic place in all of our hearts. Of course, they’re still shrouded in mystery. While we have learned a lot about how cuckoo clocks developed over the years, we still don’t really know who invented the cuckoo clock or how long they have been part of our history.

If you have a cuckoo clock in your home, you’ll probably want to know as much as possible about your favorite clock — when was it created? How much is it worth? Who was the maker of your cuckoo clock?
This blog post is all about cuckoo clock identification and how to identify the maker of a cuckoo clock. There are a number of ways to uncover this information, and we’ll outline them below.

If you have an authentic Black Forest cuckoo clock, you should also find a sticker on the inside of your cuckoo clock in black, white, and gold with the letters ‘VDS’.
Here at Cuckooclocks.com, all our clocks come with certification, along with a five-year product warranty.

Related: How to Determine a Cuckoo's Clock Value


Check Out the Back of the Clock Case

Look at the Interior of the Cuckoo Clock

How do cuckoo clocks work?


What to do if You’re Still Unsure

If you’re still unsure about how to identify the maker of your cuckoo clock, we’d recommend getting in touch with a professional. If you have an authentic Black Forest cuckoo clock on your hands, an experienced professional will know what tell-tale signs to look for, and they will know which clock makers use which techniques. They’ll also know the quirks unique to each manufacturer.

If you're looking for a piece of German history and culture, buy an authentic cuckoo clock today. Our clocks are unique, certified, and varied — no matter what your taste, we’ll have a cuckoo clock to suit you.