The Four Styles of Cuckoo Clocks — Which Do You Choose? 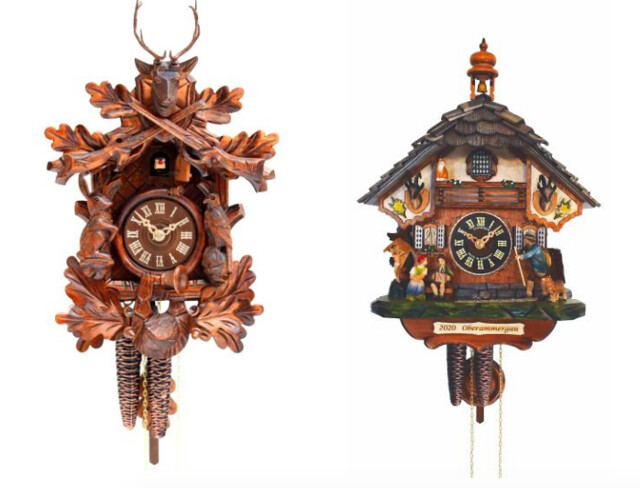 There are thousands of different styles of cuckoo clocks available made by our world-class German manufacturers, but four main styles of clocks have stood the test of time. Whether you prefer the traditional style of the cuckoo clock or the new modern shapes, we have a clock to suit your tastes. All our clocks use the same craftsmanship as the original Black Forest cuckoo clocks, so you know you are getting a handcrafted piece of art for your home. Cuckoo clocks come in a variety of shapes, sizes, and colors, so there is something to suit everyone’s interior design aesthetic with the top four design styles we discuss today.


What Are the Four Types of Cuckoo Clocks?

When we talk about styles of cuckoo clocks, we mean the design of the clock face. Cuckoo clocks can come with various mechanical movements — like 1 day or 8 day winding mechanism — and they come in different sizes. But for this blog post, we are speaking about the aesthetics of the outside of the clock. Below are the four main types of cuckoo clocks you can choose from on our website.

A chalet or A-frame cuckoo clock is the most popular and traditional type of design when people think about a cuckoo clock. The clock face is shaped like a chalet house that is typical in the Alps and Black Forest region. Each clock has different depictions and traditional scenes in front of the house. You could find people dancing, drinking beer or chopping wood, or scenes of nature or animals. Often the figurines move when the clock strikes and the cuckoo bird pops out. There are chalet cuckoo clocks with children playing and dancing, great for a kids’ bedroom or playroom. 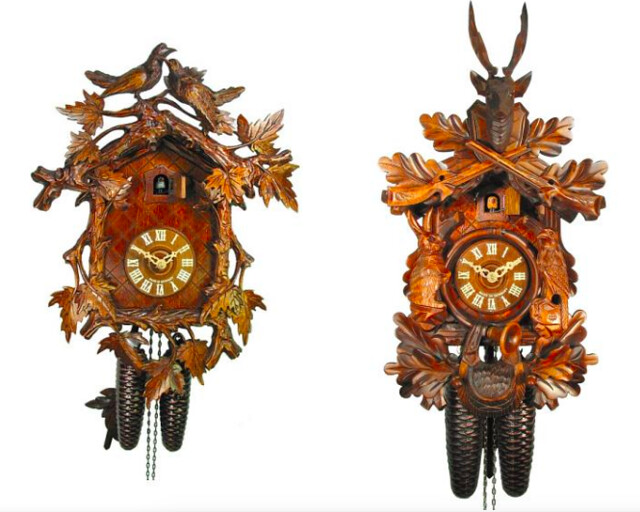 The carved cuckoo clock is the second most common clock design you’ll find when looking for a cuckoo clock for your home. While there aren’t as many varieties as the chalet-style, you may find you like the carved design better. These clocks have hand-carved details on the front of the clock face. Usually, they include leaves, nature elements and animals of all kinds along the outside edges of the clock surrounding the clock dial. The most common carved cuckoo clock is five leaves with a bird, but you will also find owls, wild pigs, deer and rabbits, and hunting motifs with muskets. If you like nature and want a more simple design for your home, we think a carved cuckoo clock will fit the bill. 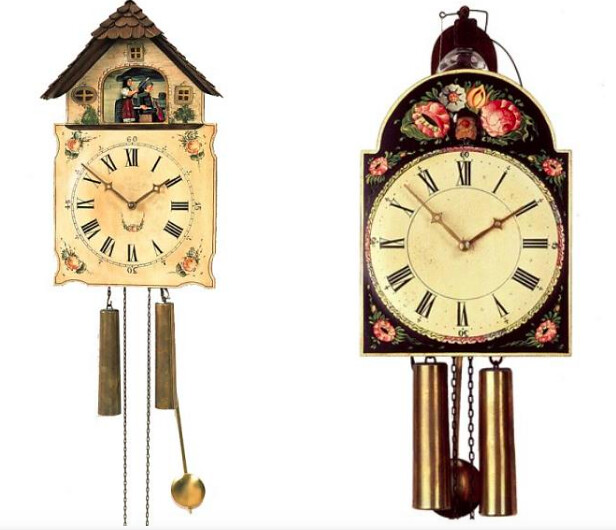 The shield clock originated in the Black Forest of Germany around the mid-1700s, like its cousin, the traditional cuckoo clock. A shield clock’s design is simpler with a square wooden face and a semi-circle on the top that mimics a shield. They are made of wood from the Black Forest and hand-painted with various scenes of people, landscapes, fruits and vegetables, flowers or animals.

Shield clocks are mechanical like the cuckoo clock, but the weights are metal rods instead of pinecones. Like every mechanical cuckoo clock, it has a pendulum to help the clock tell time correctly and chains that you pull either every day or once a week. Some shield clocks have a cuckoo bird that pops out every hour like the cuckoo clock or has figurines that dance around. If the traditional cuckoo clock is not for you, then a shield clock is a great way to own a vintage-looking clock with the essence and craftsmanship of the Black Forest in Germany. 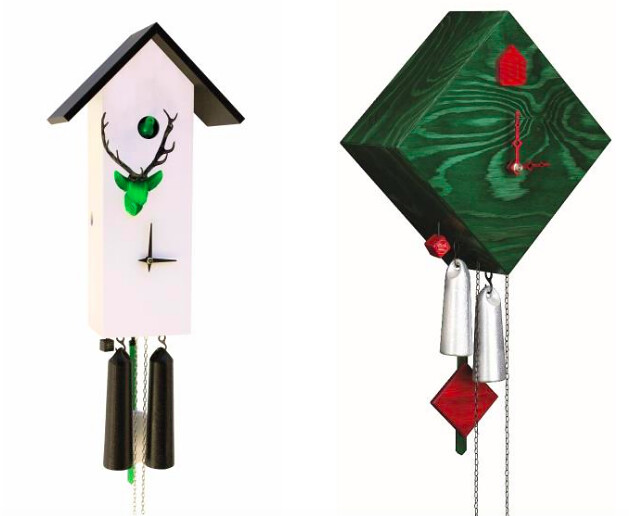 
CuckooClocks.com is the home of authentic Black Forest cuckoo clocks. Add a piece of German culture to your home with one of these four cuckoo clocks today. Our clocks are unique, certified, and varied — no matter what your taste, we have a cuckoo clock to suit you. 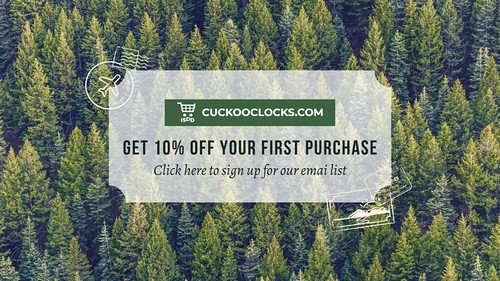 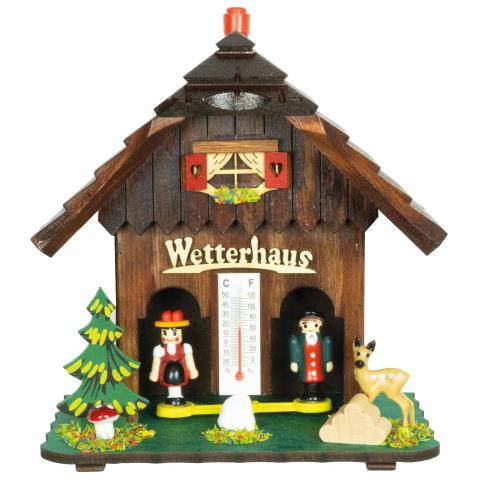