The cuckoo calls every half hour once and the number of the hours every full hour. This cuckoo clock has an exclusive life-like wooden handpainted cuckoo. With certificate of authenticity from the Black Forest Clock Association (VdS). It has a mechanical extreme long-life rack strike movement. The 8 day running time movement need to be wind up once a week, that means you pull on the chains until the weights are up. It allows turning the hands left and right without endangering the mechanics of the movement. The music box is from the marketleader REUGE in switzerland. The size refers only to the clock, without pendulum and weights. 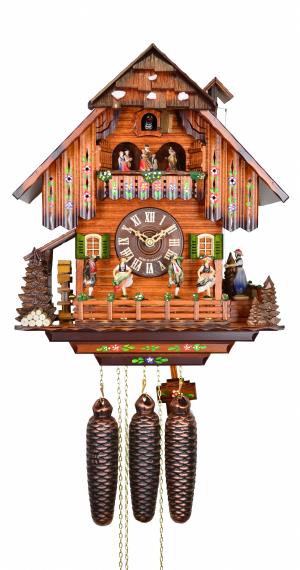 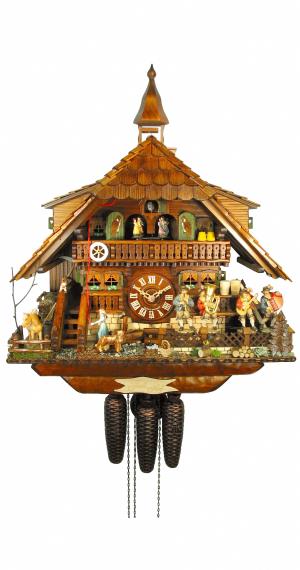 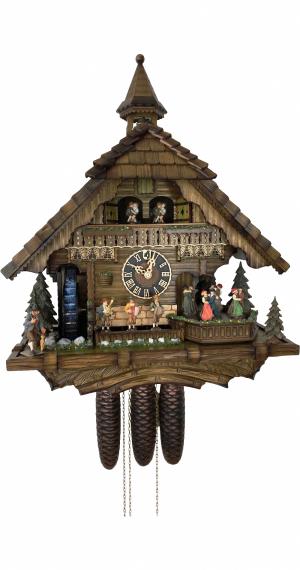 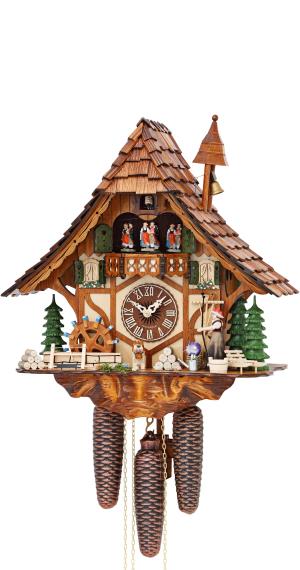 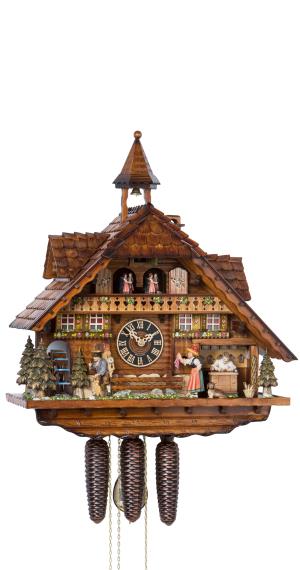 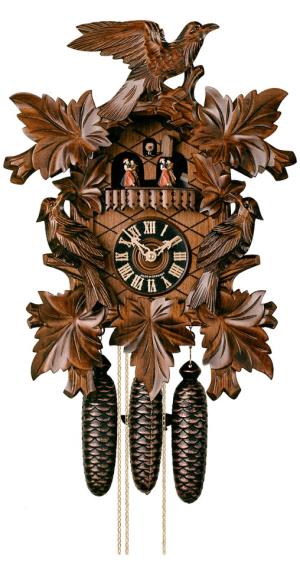 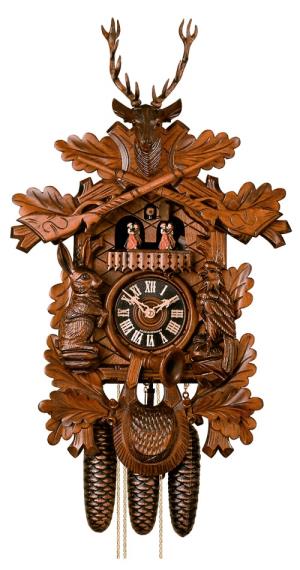 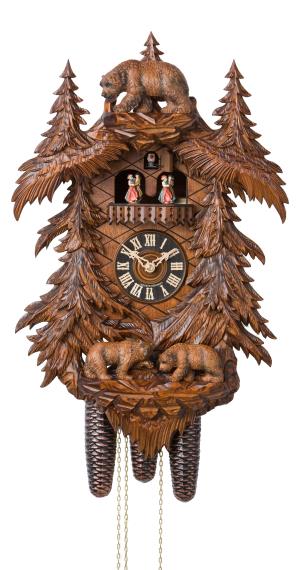 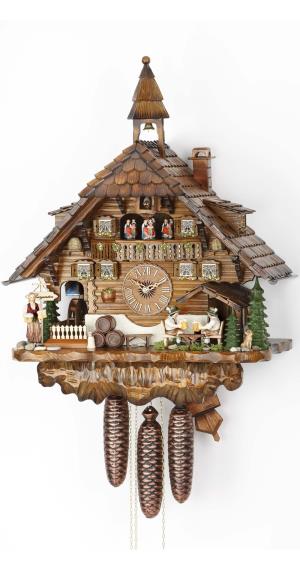 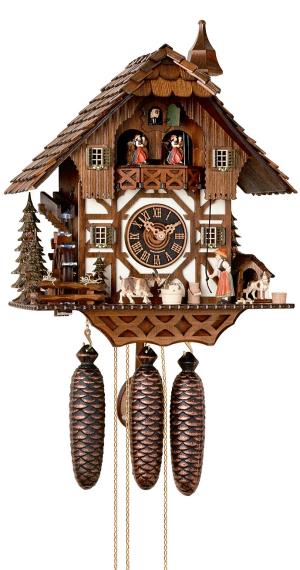 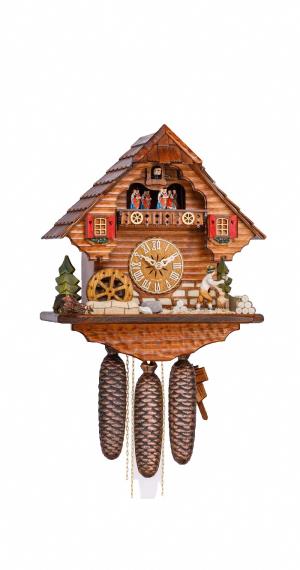 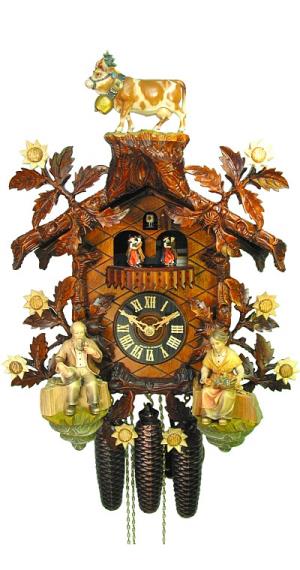 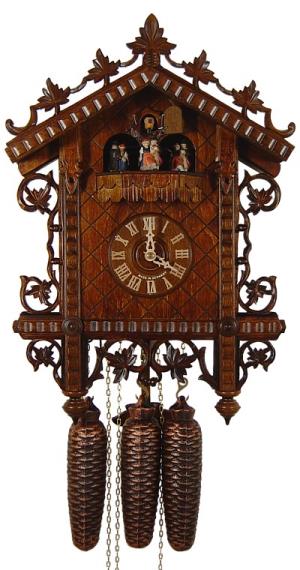 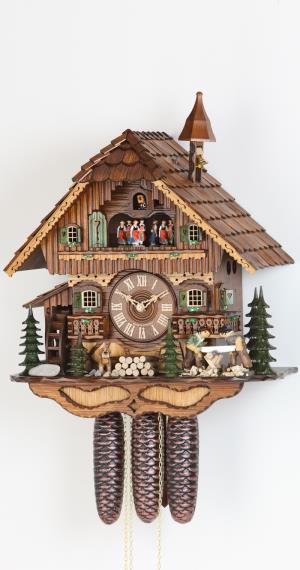 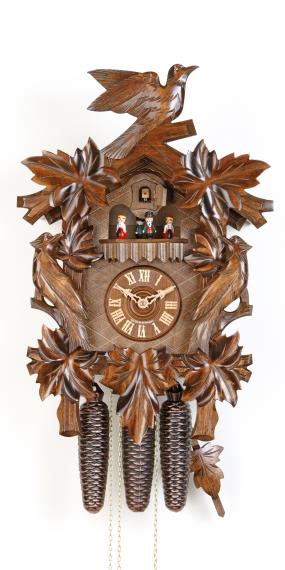 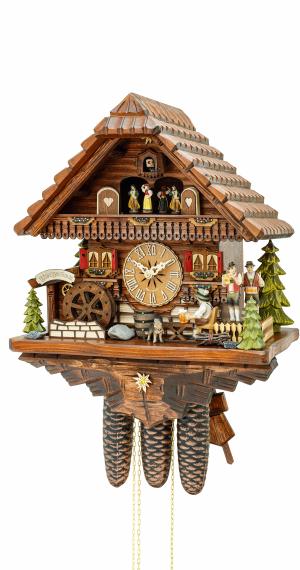 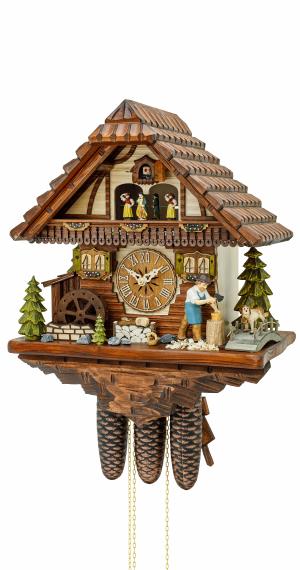 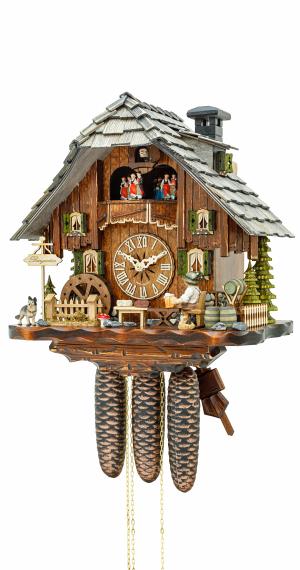 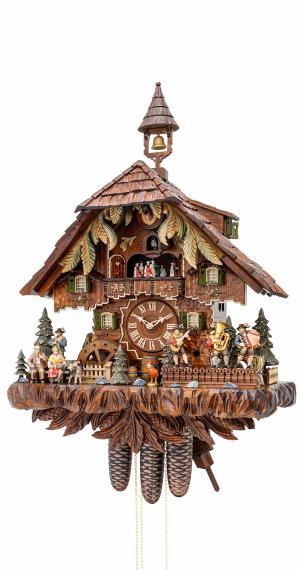 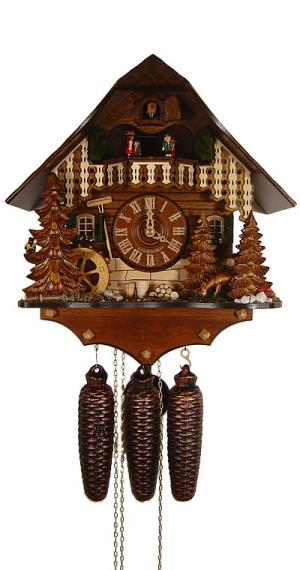